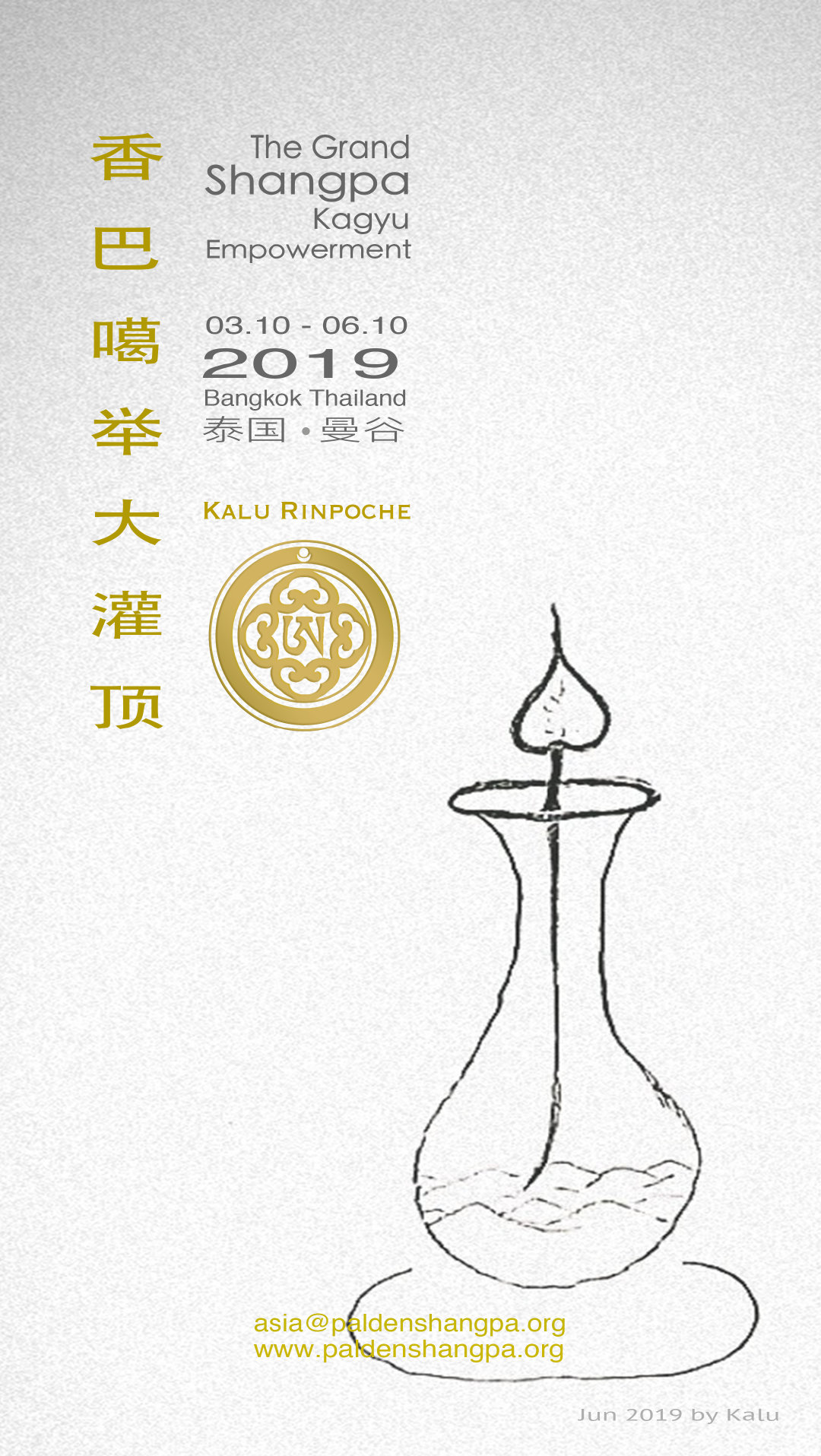 His Eminence Kalu Rinpoche has kindly accepted the sincere requests from disciples in Asia and will be giving the grand Shangpa Kagyu empowerment, which includes the entire set of empowerments and transmissions of Shangpa Kagyu Lineage. This series of transmission and empowerments is expected to be given in three sessions over the course of three years. The first session will be held in Bangkok, Thailand, Oct. 2019.

Mail to asia@paldenshangpa.org for more information

The Shangpa Kagyu lineage is regarded as one of the Eight Practice Lineages of Tibetan Buddhism, originating from the 10th to 11th centuries. During that period of time, master Khyungpo Naljor travelled to India and Nepal several times in search of the Dharma. He received teachings from two dakinis of extraordinary accomplishments, Niguma and Sukhasiddhi, who received teachings directly from Vajradhara. Aside from these two exceptional female teachers, Khyungpo Naljor also received extensive teachings and practices from other masters; thereupon he became the holder of four lineages: the Niguma Lineage ( the Six Yogas of Niguma and the Five Golden Dharmas ) , the Sukhasiddhi Lineage (Sukhasiddhi’s Six Yogas), the Shavaripa Lineage of Six-armed Mahakala Practice (which was passed down by Shavaripa to Maitripa and then to Rahulabhadra) , and the lineage of the Five-deity Practice from Dorjie Denpa. When Khyungpo Naljor went back to Tibet, he established his monastery in a place called “Shang”. Since then, the lineage has been known as Shangpa Kagyu.