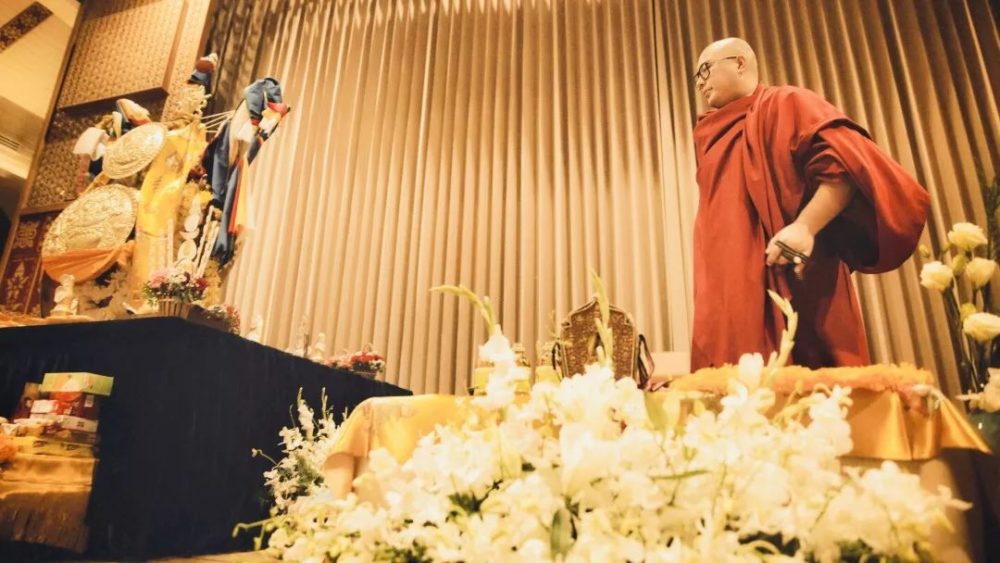 Kalu Rinpoche | Having a sense of detachment

All appearances must be seen as an illusion, as a dream but in reality it is a combination of the relative and absolute truth that you must recognize. Not just recognizing it, but having a sense of detachment as well. Relative truth is like a dream, an illusion and the relative truth is the absolute truth and therefore you have no resentment to, “This is my reality, that is her reality, this is my resentment towards the attachment of the reality“. You must release that. Detaching yourself from the resentment of reality and not just being there and being numb but also creating yourself as a deity, visualizing yourself as a deity, not just thinking you are the deity but creating yourself as the deity from top to bottom. When you are practicing the deity, this is the quality that you must have gradually.

To be more clear, as you visualize yourself as the deity and you have a complete experience about what is the true meaning of visualizing yourself as a deity, you realize that although things appear, there is no truth to them.

From my first book < I Am Lost and Found Buddhist >

Love and respect from your Kalu Rinpoche